“I moved from working in the finance industry to the charity sector in 2000, which is when I truly discovered a passion for working with people who are marginalised, particularly those who find themselves in prison. In 2005 I joined YMCA England as development advisor. I worked with many local YMCAs across England, supporting them in project development, with a focus on young people in trouble.

It was at this point that I became involved in a group with a vision to form a community chaplaincy project for Cornwall, Devon and South West Somerset. Originally known as Peninsula Initiative, that group became the charity that we know today as South West Community Chaplaincy. I took up my present role with SWCC in 2012.

I’m also a founding trustee of the Community Chaplaincy Association, which is working to build an effective network of projects across the UK to support people in the transition from custody to community.” 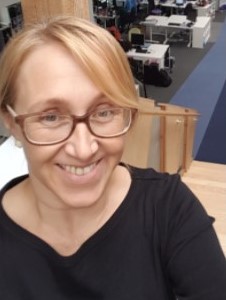 “I’m a qualified advocate, with many years’ experience of supporting vulnerable people in health and social care settings. Before joining SWCC, I led a team of advocates across the South West, delivering support to progress complaints in the NHS and social care sector. I also worked for Devon Carers and the Youth Offending Team.

I’m passionate about social justice and equality, and this informs my professional practice and interests. I also volunteer: I’ve been the Chair of the governors at a local secondary school and am currently secretary to my local PCC. In my role as an advocate, I’ve offered complaints support to prisoners for over five years. However, I find being able to offer more holistic and sustained support as a community chaplain even more rewarding.” 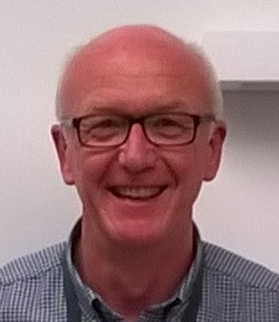 “I was born and raised in Exeter but lived in the East of England for more than 20 years where I was in full time church ministry. My experiences of pastoral care in ministry were very wide ranging, including working as a volunteer chaplain in a children’s hospice.

Prior to being a minister, I was a civil engineering technician in local government. It was a great grounding in learning to share life with a variety of people from different walks of life.

In 2012, I returned home to Devon, and I joined the SWCC as a community chaplain in 2015. Alongside my role as a community chaplain, I also provide mentoring. I’m passionate about supporting and empowering people to achieve their potential and I understand how important the idea of teamwork is in this process. As a result, I truly appreciate the invaluable multi-agency partnerships the SWCC has forged with other organisations to support our clients.”

"Most of my working life has been spent with vulnerable people. Caring for them and being part of enhancing their life skills and quality of life. In later years I trained and worked in local parishes as Lay Minister with the Church of England. I also volunteered for two years with the local Food Bank, meeting many families struggling to make ends meet and listening to their stories of survival. This re-enforced my desire to work with those who are disadvantaged and tending to live life on the edge of society.

I then became aware of the charity, South West Community Chaplaincy and the support it gives to those in prison, and those who have left prison as they seek to build a new life in the community. This deepened my belief that my true vocation lay in walking alongside those struggling to reintegrate back into society and helping them overcome the many obstacles on that journey to acceptance by the community at large. For two and a half years I volunteered with SWCC, both in HMP Dartmoor, and also mentoring out and about in the community and I have found that non-judgemental collaboration works in changing lives.

I feel it a real privilege to have now taken up the role of Community Chaplain."

"I joined the team in August 2020 and I am here to support all the wonderful supporters and volunteers that are the backbone of all we do at SWCC. Helping people to see what a difference they are making to others, and how valued they are, sits right at the heart of my new role. My aim is to encourage connection between volunteers and SWCC, and develop relationships with partner supporting agencies and communities.

As an experienced mentor myself, I understand the positive influence of having someone journeying with you. Having worked in the NHS for many years and across a wide range of voluntary situations, I hope my experience will benefit and serve the SWCC community."